The Gulf Stream has been known to the Western world since the time of Juan Ponce de Leon’s expedition to Florida in 1513. It is an intense oceanic flow that runs northward along the U.S. Eastern Seaboard. The Gulf Stream gets its name because it begins in the Gulf of Mexico where it runs westward between the Yucatan Peninsula and Cuba before curving back east and passing south of Florida into the Atlantic Ocean. The Gulf Stream exhibits its greatest variability at its origin in the Gulf of Mexico and it is here that scientists are using the Data Assimilation Research Testbed (DART) to better predict it.

Ganesh Gopalakrishnan, Bruce Cornuelle, and Daniel Rudnick of Scripps Institute of Oceanography, along with Ibrahim Hoteit at King Abdullah University of Science and Technology (KAUST) used the Massachusetts Institute of Technology General Circulation Model (MITgcm) to model a segment of the Gulf Stream that is known as the Loop Current. As the Loop Current meanders west of Cuba, erratic features, known as mesoscale eddies, detach from it and propagate through the Gulf of Mexico where they can damage human infrastructure such as offshore oil rigs.

“Accurately predicting ocean currents in the Gulf are very important to manage safe oil and gas operations and may save companies millions of dollars in downtime. They are also crucial for effective response activities,” said Professor Ibrahim Hoteit of KAUST.

As a result of BP’s historic settlement with the United States government in the wake of the Deepwater Horizon disaster, the National Academy of Sciences was given the responsibility of administering a portion of the penalties paid by BP to sponsor research to better understand the Loop Current. The research uses state-of-the-art models, data assimilation and observing systems.

Hoteit’s team at KAUST also extended the experimental framework to develop an operational oil spill forecasting system for the Red Sea and the Arabian Gulf. The system is designed to provide accurate and timely predictions of ocean currents within areas where Aramco operates oil rigs. Since spills from such rigs pose grave threats to wildlife, such forecasting systems can help companies prevent spills and mitigate the effects of accidents.

The results were published in the Quarterly Journal of the Royal Meteorological Society. For more information, see the articles below. 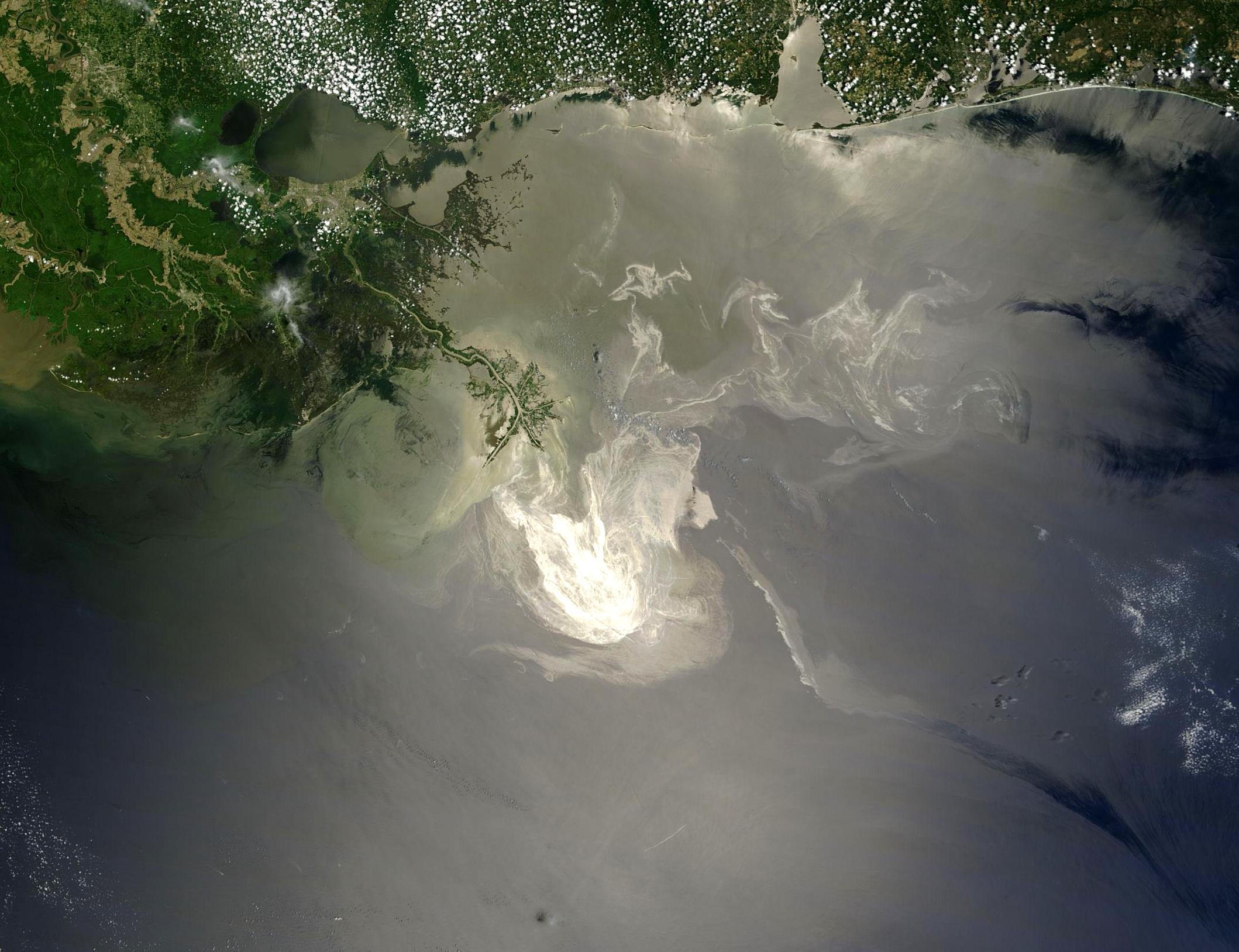 Remnants of the Deepwater Horizon oil spill southeast of New Orleans, captured by the Moderate-Resolution Imaging Spectroradiometer aboard NASA's Terra Satellite on May 24, 2010.